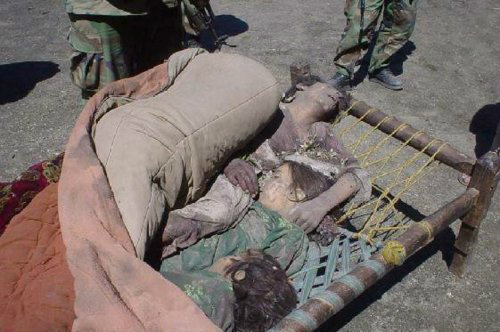 Victims of a US drone attack Pakistan May 2012

Hillary Clinton has the audacity to talk about the “perverse and terrible” lengths that terrorists go to, while the US government sends drones to murder a mother & her two daughters as they slept.

It’s taken the Americans twenty years to realise that they are responsible for creating the situation in Afghanistan.

Maybe it’ll take them another twenty years to work out why the rest of the world hate them.

Keep dropping bombs on people the world over and keep asking yourselves the same questions – why are they angry? why are they radicalised?

One response to “Want to know what’s really perverse & terrible?”